REPORT: HOW IS AIRBNB

The phenomenon of Airbnb and short-term renting is still enjoying a huge boom as travellers – particularly millennials – look beyond traditional hotels for an experience while travelling.

However, From Athens to Barcelona, there have been a number of protests against the short-term rental app, with residents claiming tourists are affecting the culture of the neighbourhoods they are renting in. Though Barcelona and Athens are not alone, most European cities are not seeing such drastic measures against Airbnb, showing that hosts and travellers can still profit from the sharing economy.

So just how much do short-term rental apps affect traditional renters in Europe?

These categories are intended to show the effects on traditional renters in Europe as they highlight the number of properties effectively removed from the rental market and dedicated to short-term rentals; the income incentive hosts have to rent solely to tourists in each city; and the percentage of listings essentially being operated by ‘Airbnb landlords’ with multiple properties which could instead be used by residents of the city. 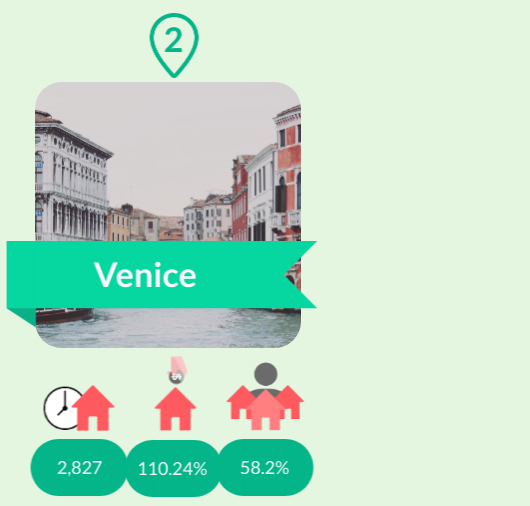 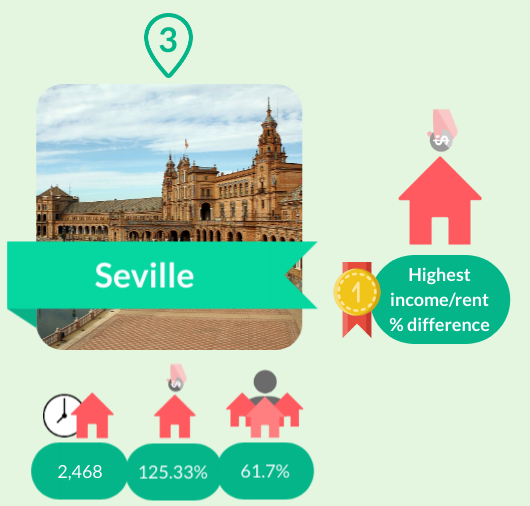 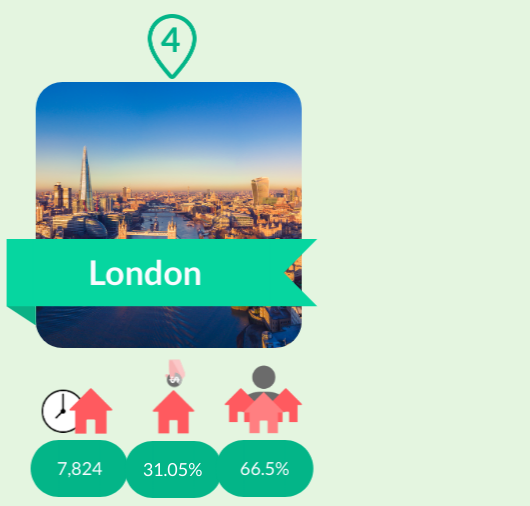 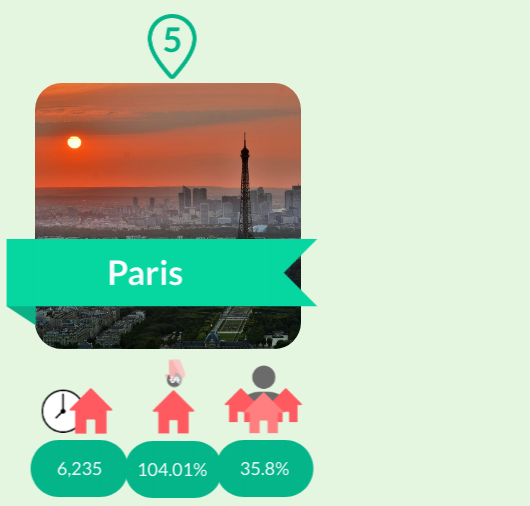 In each of our three categories, Barcelona ranks higher than average, which is likely why it took first place.

Seville has the highest disparity between estimated Airbnb income and average rent, suggesting short-term hosts there are cashing in the most on the new phenomenon, at the expense of residents.

Paris & Barcelona have both written to the EU Commission to extend regulations on Airbnb and each place in the top 5 for most affected by the app.

The above cities (and Krakow, Poland) wrote an open letter to the European Union to extend regulations against Airbnb to avoid hosts taking up too much space in the residential market and using their homes for short-term lets full-time.

Of the cities involved, only 2 were below average for every factor we assessed: Amsterdam and Munich.

Paris and Barcelona both placed in the top 5 most affected cities but only one other city involved – Berlin – made it into the top 10. On the other hand, Munich and Valencia are actually at the very bottom of the list, with only Trentino scoring lower. 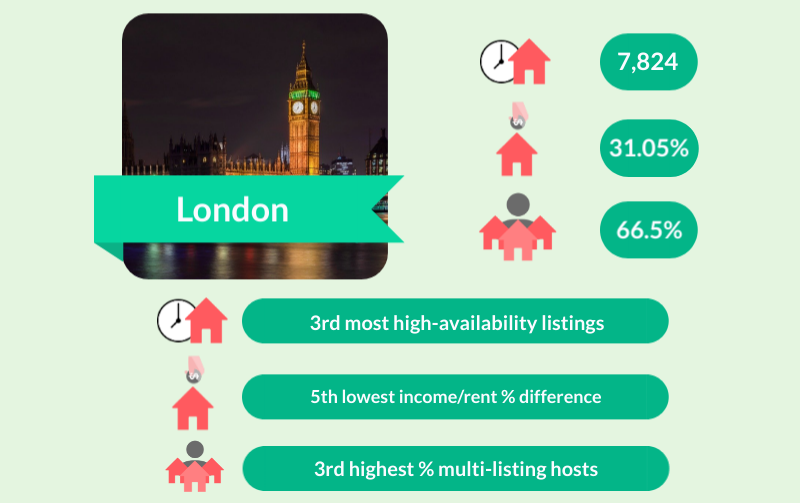 Despite being one of the most expensive cities to live in the world, Airbnb hosts may still be making more on short-term rentals than they would on traditional renting. It has the 5th lowest income/rent difference, though, showing that rent in London can still make property owners good money no matter how they choose to do it.

London places 3rd for high availability listings and multi-listing hosts, showing how the already cramped capital is being significantly affected by this element of the sharing economy.

We used a database of listings from InsideAirbnb to find the number of whole houses/apartments which were highly available, frequently booked and had been reviewed in the past six months to estimate the monthly income. InsideAirbnb also provides the percentage of highly available, frequently booked listings where multiple listings are advertised by the same host.

We then found data on the average rent in each city from Numbeo to compare cities across Europe and how they and their residents are affected by Airbnb.

We ranked the cities based on their average score in four categories: